I lived with my first host family for two months. My host mom left the house only five times.

Once to visit her sister in Meknes, a nearby city. Once to attend a party my training group hosted to celebrate our Moroccan mamas. One trip to the hammem, the public bath house. And a couple of times to walk my sister to school when my host dad was visiting his other wives.

This isn’t normal. Most women leave their homes at least once every week. But unwarranted masculine power, a driving force behind my host mom’s stagnancy, is normal and saturates many Moroccan communities. 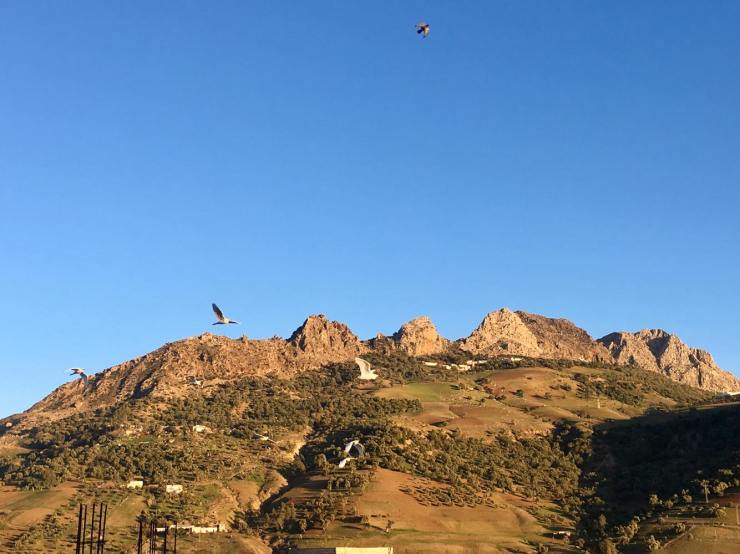 Last month while getting my cast, the orthopedist told me I was “too heavy to be a good runner.” He quizzed me about my average mileage, the farthest I’ve ever run, my pace and my fastest times. He showed me pictures of himself and his sons running, and bragged about previous races. “Hey, try to lose some weight,” he suggested as I crutched out his office. I have a perfectly healthy BMI. Having a doctor tell me I need to lose weight hit me hard, and I spent a couple of weeks obsessing about food. Then I realized his advice had nothing to do with my weight. It had everything to do with power.

Oftentimes here in Morocco, men are presented as the active decision makers. The demanders. The all-knowing. The skilled. The powerful. The best. Women are expected to be the passive compliers. Their individual passions are often replaced by familial-serving duties.

A neighborhood friend was recently diagnosed diabetes. She wants to walk regularly for the sake of her health, but her husband controls when she is allowed to walk, where she goes and who joins her. Meeting the restrictions themselves is exhausting, so the walks (and thus, her health) are overlooked.

The other day while grating carrots with my closest friend here, we discussed romantic relationships and marriage. She, a 40-something-year-old-mom, explained that her husband is much more relaxed than most, but he still restricts the time she spends outside, where she goes, who she talks to and what she wears.

She is expected to prepare four meals a day: breakfast, lunch (every Moroccan lunch is fit for queens), kasktrut (teatime meal) and dinner. She washes everyone’s laundry and hangs it on the roof to dry, sweeps and squeegees the floors, tackles the mountains of dishes, bakes fresh bread, grinds her own spices, pours everyone’s cups of tea, scrubs the counters and makes sure her sons do their homework. When they don’t, she playfully hits them with her sandal. And between it all, she stocks the neighborhood with hand-sewn wool leggings and sweaters in the winter and decorative jalabas (traditional Moroccan robes) in the summer.

I asked her if she’s happy with all her work. “Meshi farhana,” she replied, “hiya ghir dinniya.” (Not happy, it’s just life.) She explained that she didn’t complete school. She doesn’t know how to read. There’s no better option. “Hadi 3adiya.” (This is normal).

It doesn’t have to be, I thought. But it’s not that easy.

Two weeks ago at the weekly market, an outburst of screaming and crying halted the hustle and bustle. I looked over to see a woman on the ground screaming at a fleeting man. And there was a child, presumably her child, balling and running toward her. A bubble of people surrounded the woman for maybe 10 seconds and then dispersed.

My friend consulted with the squash-seller and told me that some man, maybe the woman’s husband, hit her. Many thoughts raced to my head, but “mamzyansh” (not good) popped out of my mouth. “Ana mqllqa.” (I’m mad), I continued. “Hadshi meshi manasb” (That’s not fair).

But it is, my friend explained, there are no laws against it. 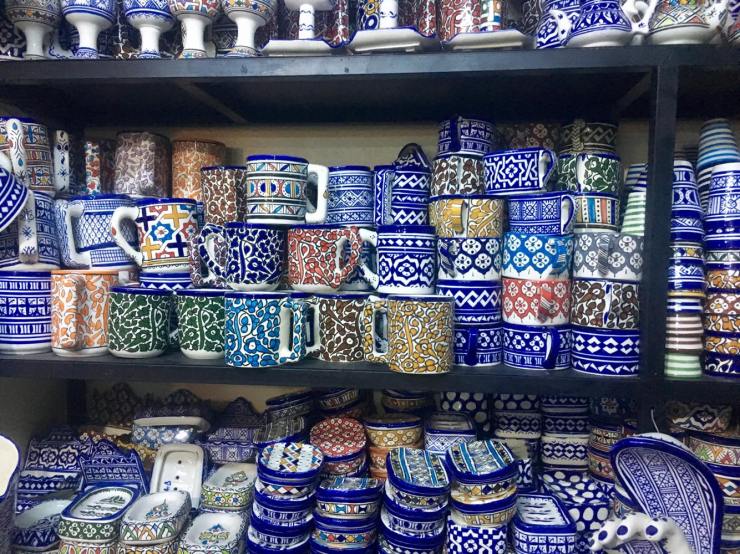 She was right, there weren’t. But, a new law that criminalizes “acts considered forms of harassment, aggression, sexual exploitation or ill treatment of women” in the Morocco was passed on Valentine’s Day.

I wish the law would magically change behavior and sentiment, but I know it’s not enough. According to a 2016 Violence Against Women Annual Report in Morocco, half of the cases of violence against women happen within marriages. This new law doesn’t mention violence committed by spouses.

A step forward, but leaps and bounds to go. 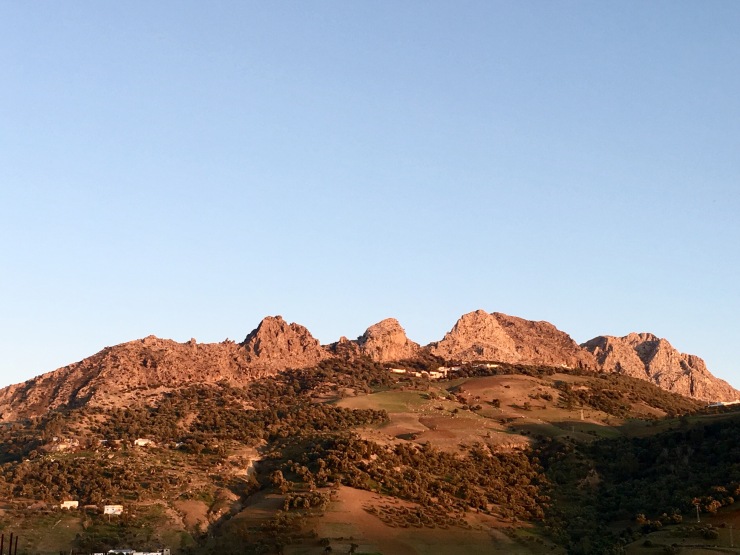 A big compliment to Moroccan women is “hadga,” meaning someone who runs the household, whips up gourmet meals regularly and is dedicated to Islam. I have yet to meet an un-hadga. The thing is, women are so much more than hadgas. So much more than kickass Moroccan mamas.

They’re bursting with hospitality and greet with wet kisses on the cheeks. They sometimes hide cookies or olives or oranges in their jalaba hoods when they don’t have pockets. They use their children as vehicles to send piping hot soup or fresh cakes to their friends. They don’t own cutting boards because they cut everything in their own hands, with scars to show for it. They rock their fuzzy pajamas and bathrobes, a staple in winter wardrobe. They are physically stronger and more flexible than I will ever be. One time I sat on my neighbor’s floor and cracked open navy beans for a couple of hours. I was sore for days. And oh man, how I wish you could see a Moroccan woman squeegee her floor! It’s triumphant. Without complaint, they put everyone (and everything) before themselves. Today at the market, my neighbor bought an ugly, bruised apple because “it looked sad,” but she didn’t want it to “feel sad.” Truly selfless, strong, powerful, brave, flexible, goofy, embracing souls.

The other day, my 40-something-year-old-best-friend visited my house for the first time. I have 45 photos hanging on my wall above my bed: photos of college graduation, a summer spent living in Colorado, family vacations, studying abroad, traveling Europe, hiking the Pacific Crest Trail, etc. She asked me to explain each one. After I finished, she took hold of both my hands. She looked like she was about to cry, but instead she said,“nti shji3a” (you’re brave). I don’t think my “bravery” is what made her emotional though. I think she realized that the 45 adventures I just explained are adventures she’ll never have the chance to experience. 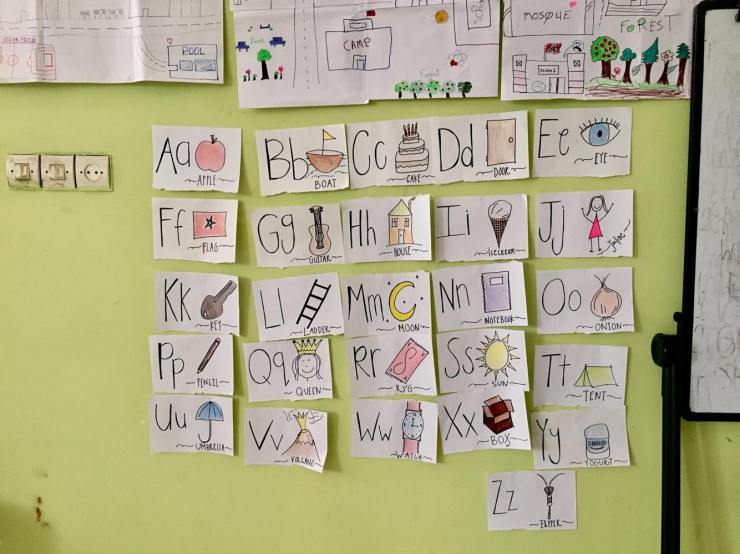 Like many Moroccan men’s unwarranted power, I have unwarranted privilege. I was raised with unwavering support in my own passions. Raised to believe I am powerful. Raised to challenge the rules and to never write-off the things as “normal” or unchangeable when I don’t believe in them.

But here’s the scary paradox: I’m not writing off the destiny of many Moroccan women as unchangeable, but I’m at a loss. How on earth do we change this? Being a Moroccan mama is a feat in itself, but how do we convince men, women, children and institutions that these women are more than Moroccan mamas? They are more strong. More powerful. More intelligent. More resilient. More more more. More than anyone, even themselves, seems to acknowledge. More than I can comprehend.

There is more – more love, more wisdom, more tricks, more jokes, more kindness –bubbling inside of Moroccan women than I can possibly learn from them in the next 22 months. It’s because of these women, my role models, that I find myself thinking late at night: maybe I’ll stay here for three years instead of two. Maybe five. Maybe forever.