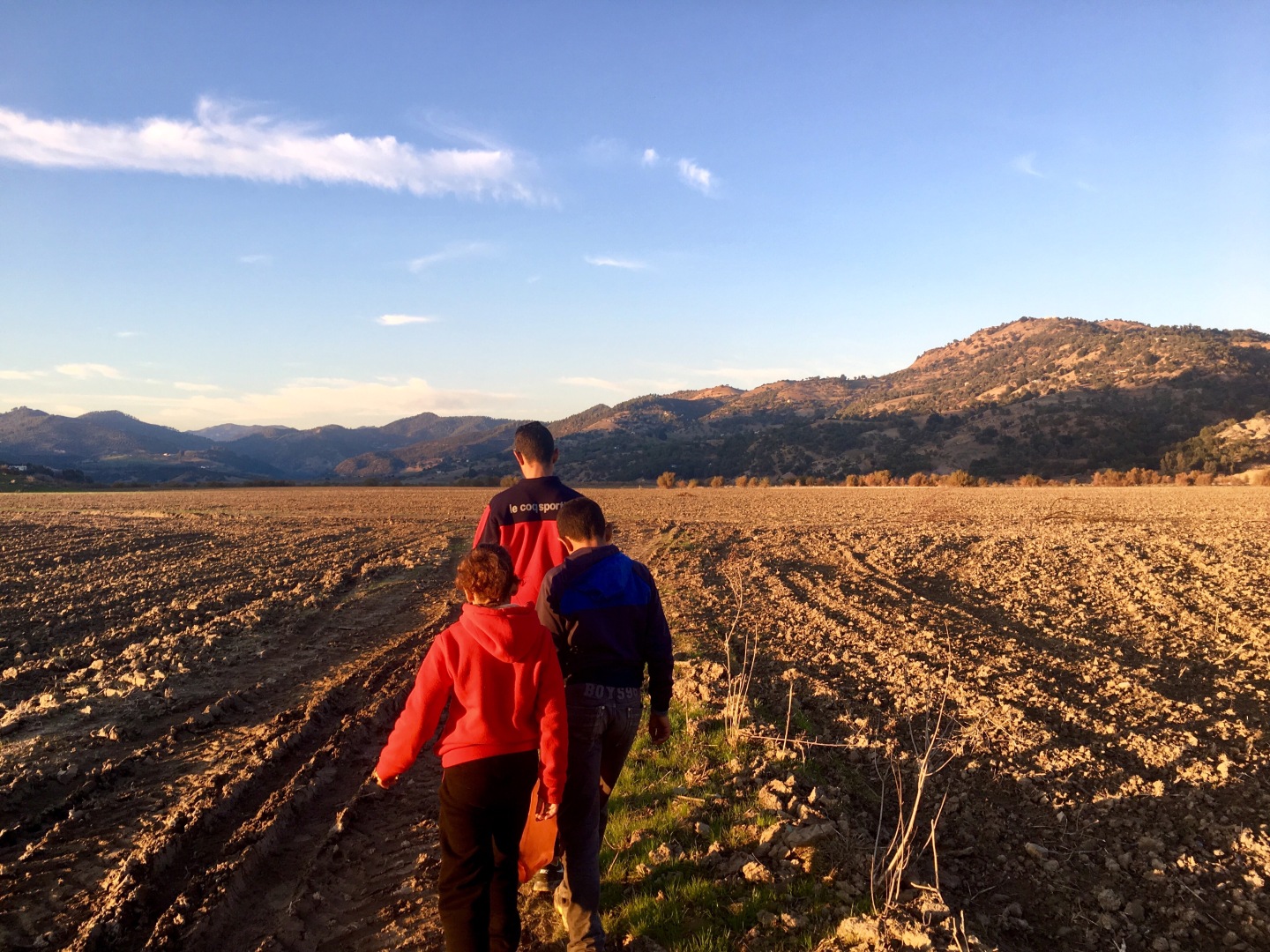 I kicked off this week with yet another confusing encounter while wearing my host mom’s purple bathrobe.

A security guard of an vacant building knocked on my host family’s door Monday morning. I made my way down the stairs, an adventure in itself. (Turns out I have a bad stress fracture and am a cast-wearing, crutching lady until March.) Ibrahim, the security guard, told me he rounded up kids who want to learn English right now.

I left the bathrobe behind and hobbled behind Ibrahim to spontaneously teach my first English class. Crutching is hard, especially on uneven, rocky terrain. I was a bit frazzled and sweaty by the time I arrived. 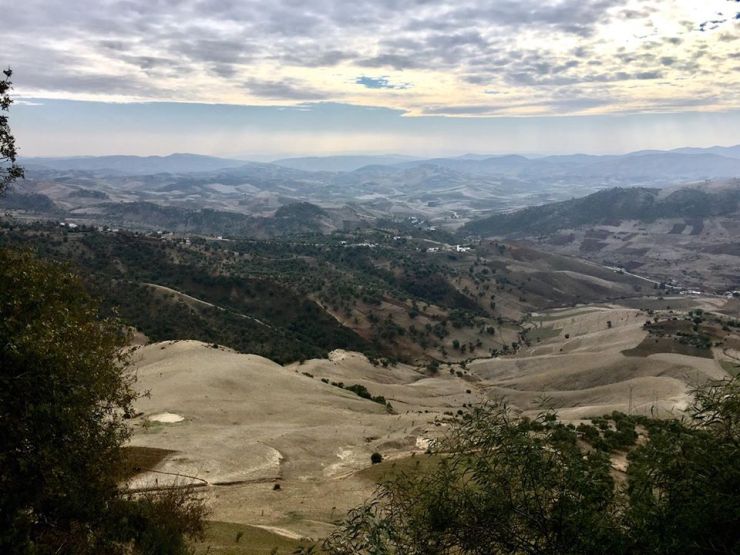 I started by introducing myself, nervous the 20 kids would laugh at my shaky language skills. “I’m an American volunteer who will be living in Ourtzagh for two years.” So far so good, I thought. “I love it here because the mountains are beautiful, the people are nice and the food is delicious.” Still going strong. “It’s so good that I gained seven kilos throughout the past four months of living in Morocco.” Oh noooooo.

Despite my awkwardness and nonexistent plan, the class went surprisingly well. I’ve continued teaching the kids for two hours each morning. The numbers keep growing, with a record class size of 40.

Unexpectedly, in some way that I don’t even quite understand, I’ve finally found work. 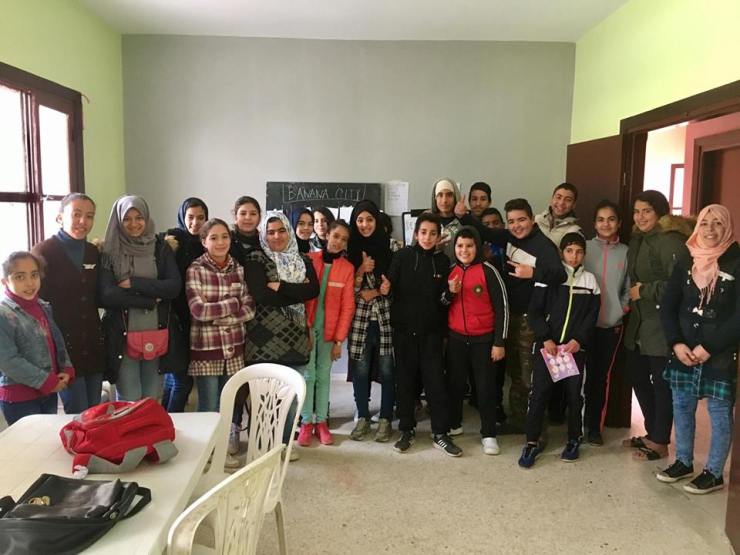 A couple of weeks ago, I mixed up the words for unemployed (“beetalia”) and champion (“batala”) after winning a game of Uno. “Ana beetalia!” (I’m unemployed!), I bragged. Since then, my neighbors renamed me “batala beetalia” (unemployed champion).

I think it sums me up pretty well as of lately. Sometimes I feel like champion, excited that I’m slowly able to communicate better and grateful for the relationships I’ve built. Other times, I feel like I have no purpose here (unemployed, in a sense). I feel very low.

The stress fracture has forced me to remain pretty stagnant. I’m struggling with going from strongest I’ve ever been (post-trail) to the weakest. I’ve battled lice on and off since being here, but praying it will be over once I move into my own house next week. A friend’s husband recently told her she can’t go out in public with me because I attract unwanted attention (cat-calling and unwanted stares). That ended my afternoon walks with the neighborhood crew. “Mskina” (poor thing), whispers follow me around town, and they’ve tripled since being on crutches. “Mskina” isn’t meant to be rude, but somedays I just want to yell back, “I’M A STRONG WOMAN, NOT SOME INCOMPETENT AMERICAN GIRL!” 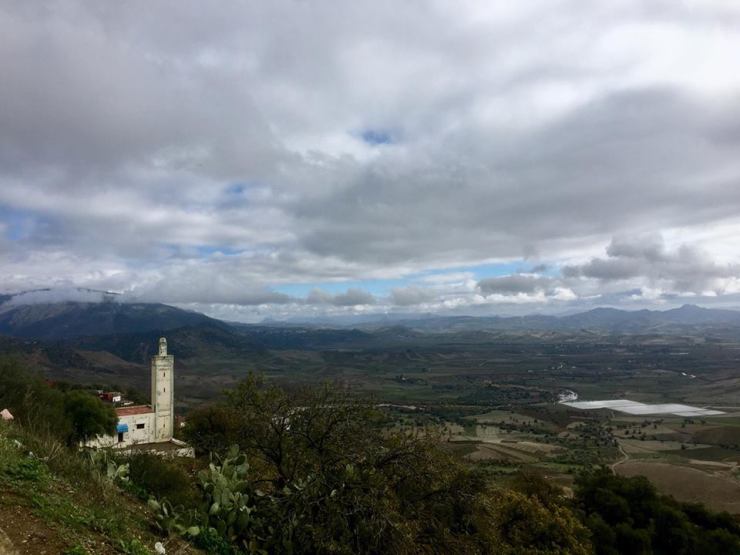 But I also know I’m growing a lot, and this growth outweighs the lows a million times over. I’m becoming content with the uncomfortable and with simply not knowing. I’m learning to let go of things that have previously held me back: what people think of me, perfection, need for a plan, fear of asking for help. I’ve been forced to become more bold and confident. I’ve began to trust that the universe will get me to where I need to go, a wildly freeing perspective. 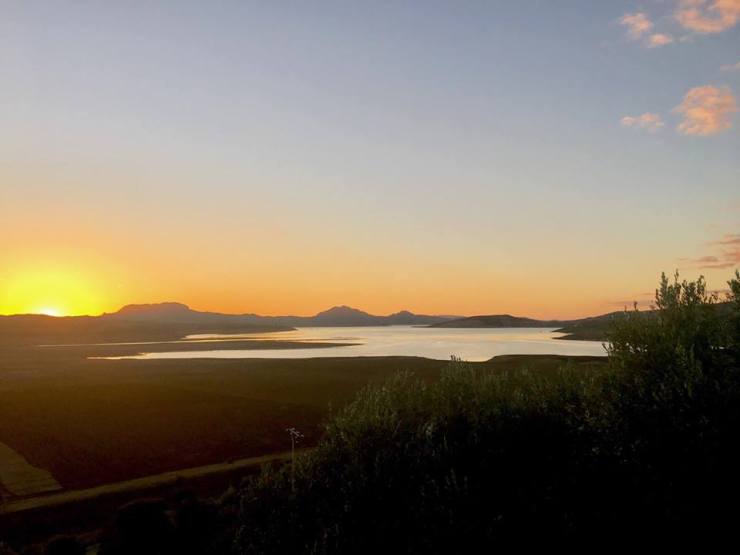 I realized many of these things as I was walked to that first English class. If this had happened a few months ago, I thought, I would’ve been mortified. I would’ve made up an excuse and told Ibrahim that I can’t teach right now. But as I hobbled to that class, I just laughed to myself. About how absurd life is. How happy I am that I might have work. How awful I am at crutching.

And here’s some good news: a friend told me recently that research shows we tend to remember the highs and forget the lows. So here are some highs for memory: 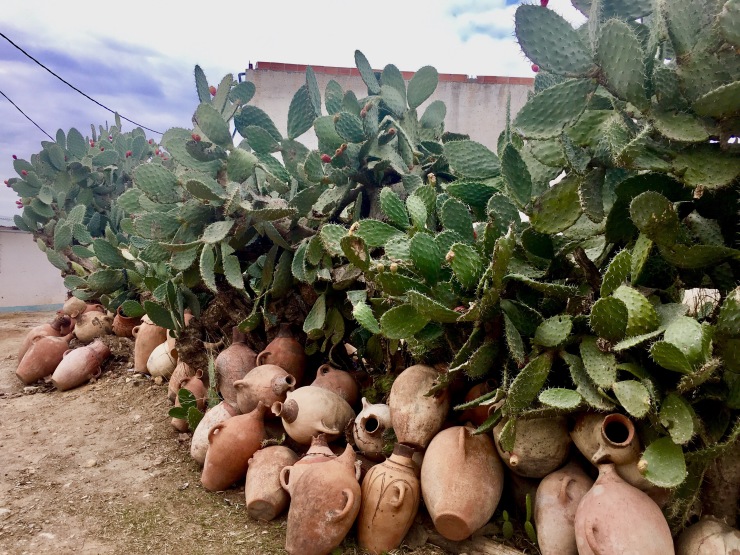 I’ve been attending preschool to learn to read and write. The kids are amped that I, a giant, am in their class. They don’t even judge me when I stand up and the chair (meant for little tots) sticks to my hips because I’m, in fact, not a little tot. I actually met one of my best friend’s there: a 6-year-old named Nada who laughs at absolutely everything I say, corrects my homework and plays hide-and-seek with me.

I spent the holiday weekend at my extended host family’s house in a 30-person mountain village a six mile hike from my town. I celebrated Christmas by playing “drive the laundry basket” with my host cousin, plucking a rooster’s feathers with my aunt, admiring my grandma’s pottery and riding donkeys to collect water from the spring with my uncle. In the midst of this, they served me coffee in a Wisconsin Badgers mug. A beautiful slice of home amidst the unfamiliar. 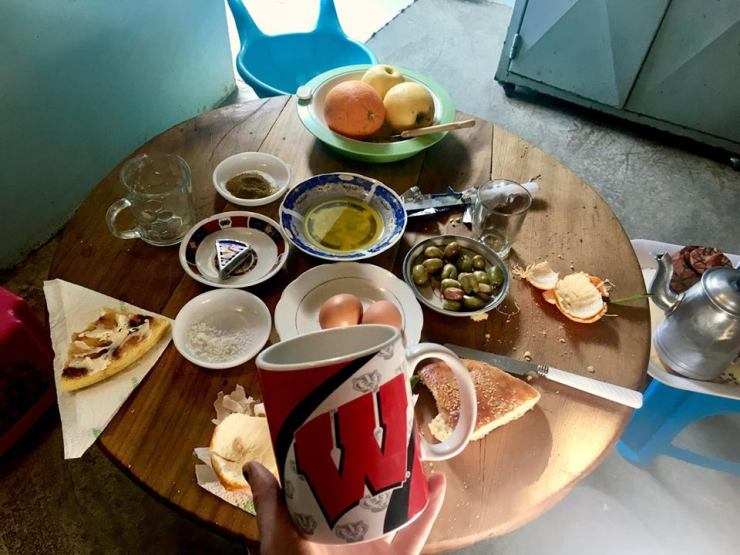 I introduced my neighbors to peanut butter, and they have become weirdly competitive about whose peanut butter recipe is the best. Now, peanut butter is almost as prevalent as the olive oil. It shows up daily at breakfast and kaskrut (tea time meal) and even at the you-finally-found-work party they threw for me.

One night, I taught a family how to do the macarena while we made macaroni. Peanut butter and the macarena: my two biggest contributions to Ourtzagh. 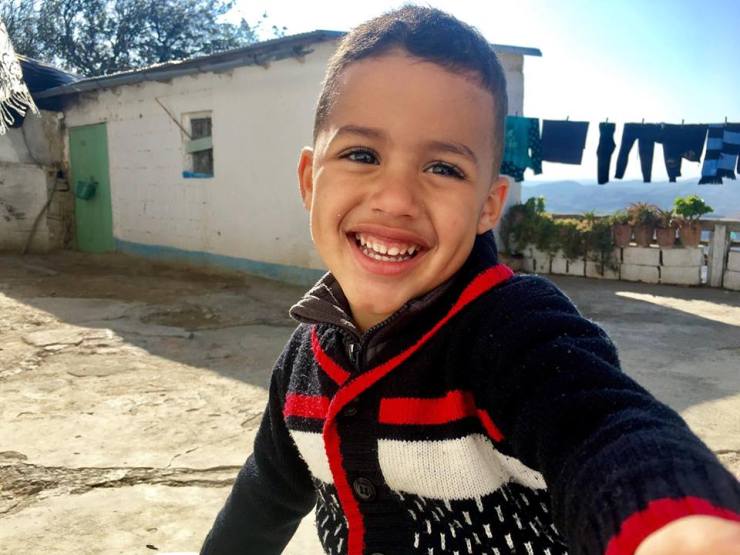 I’m also lucky to have plain old time on my hands. I’ve started flossing my teeth twice a day. Sometimes I just sit and drink a ton of water. I’ve been journaling, reading, meditating, stretching, illustrating, listening to podcasts and studying geography. Doing things I’ve always meant to do but never had time for back in hectic Western culture. 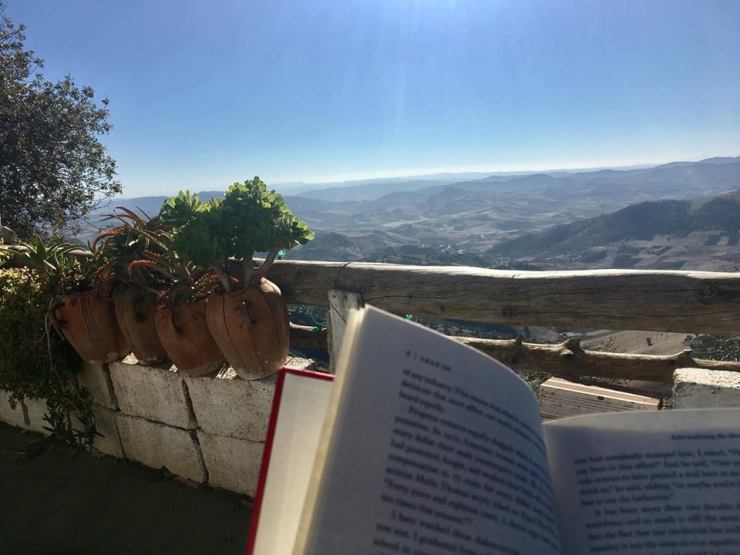 Lately, I can’t fall asleep at night because I’m bottled up with anxious excitement. I’m trying to dissect the learning styles of the kids I’m teaching. Thinking about how on earth I will ever say goodbye to my neighbors (now dear friends) in two years. How lucky I am that many of them call me their daughter, friend and sister all balled up into one.

I get a nightly buzz about my future goals for my Peace Corps service. Creating a safe space for girls to exercise. An environmental club. Teaching about diversity. Introducing ideas of gender equality. Re-opening the youth association. Spreading some self-confidence around town. 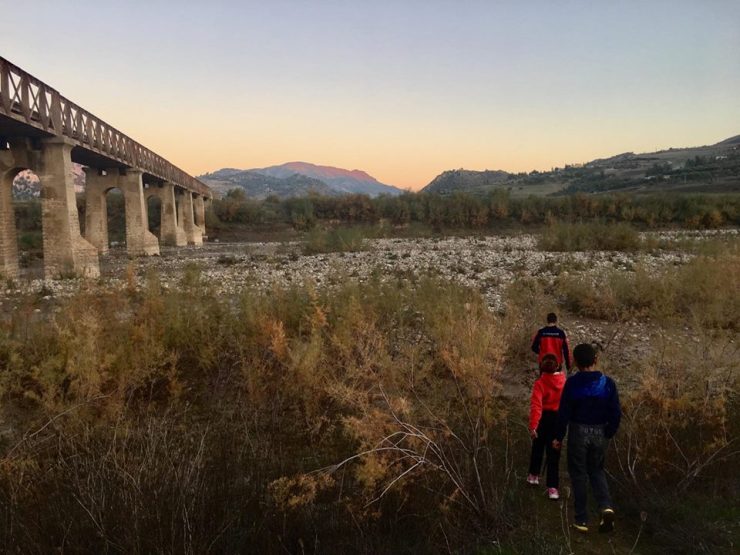 They’re big dreams, but I also never dreamed that I would  be able to crutch my way to spontaneously teach an English class in a different language with lice crawling on my head like it was relatively normal.

That’s the thing about Peace Corps I guess: you live day to day thinking you aren’t doing much, just teaching people about peanut butter and the macarena. Then it hits you. You realize that amongst it all, you’ve fought fears. You’re tougher and braver than you thought.

The quote, “What would you do if you weren’t afraid?” has crossed my mind a lot lately. These experiences over the past four and a half months have taught me to disregard fear; it’s just a fleeting feeling. So now it’s just: what will you do?